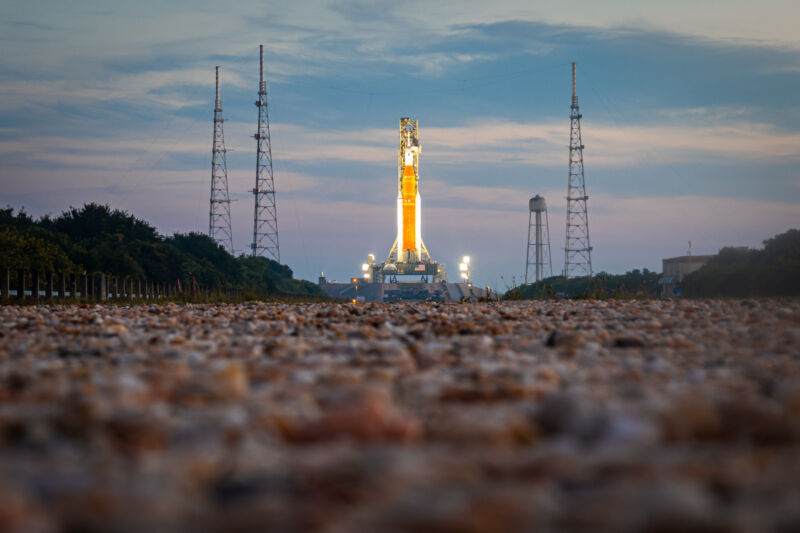 The rocket experienced several problems during the countdown early Monday before running into a technical problem the launch team couldn’t resolve: an RS-25 rocket motor that didn’t cool properly before firing. Even if the engine problem had been resolved, the weather along the Florida coast Monday morning turned out to be more dangerous than anticipated.

Space is difficult, certainly. But Monday’s attempt, which NASA had heavily promoted by inviting celebrities to the launch and which included a visit from Vice President Kamala Harris, was perhaps a bit rushed. Why? Because NASA launched a rocket to launch it without considering all the things that could go wrong.

To their credit, the release drivers successfully fixed a number of issues on Monday before the cleanup. For example, fueling operations began nearly two hours late due to lightning near the launch pad. This forced the team to push hard through a compressed timeline before a release window that opened at 8:33 a.m. ET (12:33 UTC).

Once the launch team began loading propellant, work to fill the large tank with liquid hydrogen was hampered by a leak in an 8-inch inlet leading to the tank. This issue was eventually resolved by stopping the process and then restarting the propellant load; yes, NASA solved the problem by essentially turning the SLS off and back on again.

After this, the countdown proceeded reasonably smoothly for about an hour until a problem occurred with one of the rocket’s four main engines. As part of the pre-launch process, cryogenic propellant is “bled” from the fuel tanks into the engines to cool them to about 5° Celsius before flight. (In answering a question about engine temperature, Artemis I mission manager Mike Sarafin actually gave the temperature as “500 Ranking.”)

In fixing this engine issue, launch controllers were unable to find a way to address what appears to have been a problem on the mid-stage side of the vehicle. So the launch attempt was scrapped.

“I’m very proud of this launch team,” NASA Administrator Bill Nelson said during a briefing after the cleanup.

AAnd it should be just fine, given the hard work put in Sunday night and Monday morning during the final portions of the countdown. But should flight controllers have been put in such a position?

Beginning in April of this year, NASA conducted four separate “wet-locker rehearsal” tests during which the agency aimed to fully fuel the SLS rocket and count down to T-10 seconds, ending the test before Start the main engines. Each of these four tests ultimately ended prematurely, although the fourth attempt in June saw engineers reduce the rocket to T-29 seconds.

However, to get to that last stage of the countdown, NASA had to “trick” the flight computer. During testing, a 4-inch hydrogen line, smaller than Monday’s troublesome 8-inch line, had a leaky seal. To complete the wet dress test, NASA chose to mask the leak from the ground launch sequencer, the ground-side computer that controls most of the countdown.

Because of this masking, NASA was unable to complete the engine cooling portion of the test. If it had, the agency may have discovered the issue that sparked the dispute on Monday. In hindsight, therefore, NASA probably should have completed a full test before launching the rocket. Instead, the agency effectively attempted a fifth wet-clothes test on Monday, when the world awaited a release.

NASA Human Exploration Systems Development Chief Jim Free defended the decision to attempt a launch Monday without completing a wet-dress test. “We felt, and still feel, that going for today was the right thing to do,” Free said of the attempted launch.

Free said NASA is aware of the wear and tear involved in rolling the SLS rocket to and from the launch pad for additional wet-dress testing and pressurizing tanks during fueling. Those risks must be balanced against the challenges during the countdown.

Now NASA may be rolling the rocket back to the Vehicle Assembly Building at Kennedy Space Center anyway. Agency officials said they would leave open the possibility of a launch attempt at 12:48 p.m. ET on Friday, September 2. Following a meeting Tuesday afternoon to discuss possible solutions to the engine bleeding problem, mission managers will announce a plan to follow.

If the rocket cannot be launched before September 5, it will have to return to the hangar for additional work. So the rocket probably won’t launch before mid-October.

When the idea behind Twitter first emerged at a meeting in 2006, the service was conceived as a way for people to message their...
Read more