Twitter Circle is finally available globally, which means deeper subtweets for everyone 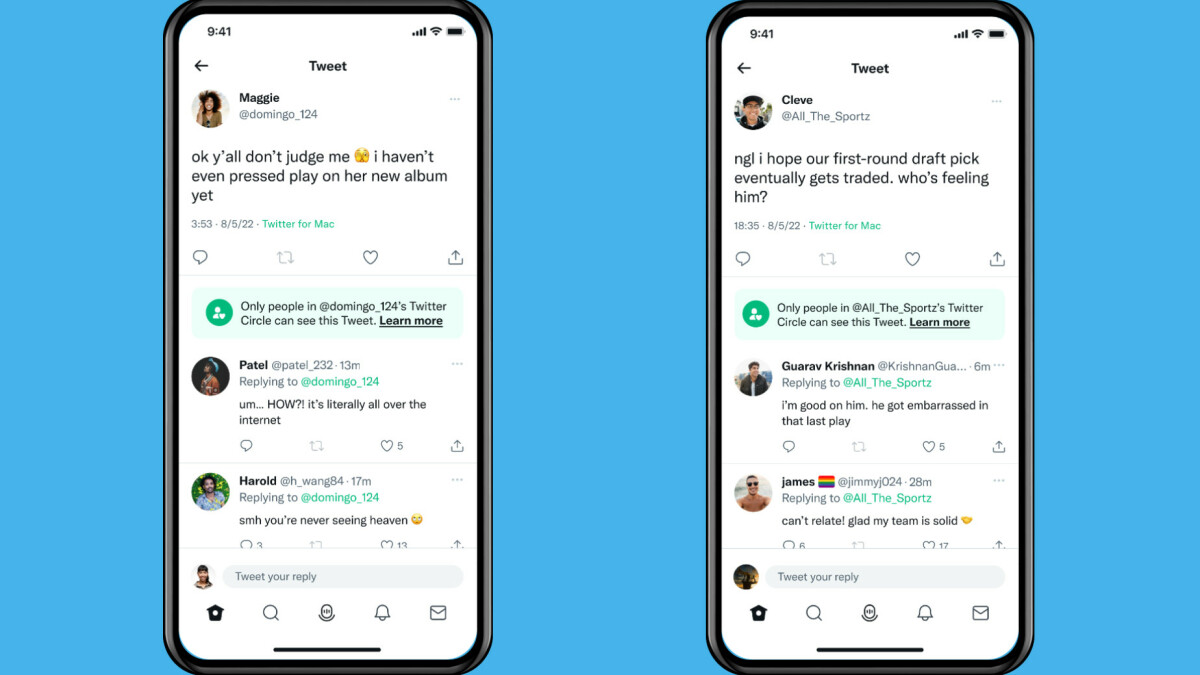 Twitter Circle is rolling out to everyone around the world today, giving users the option to restrict individual tweets to a select audience. This new Twitter feature could finally let you take down your secret depression account, as long as you’re careful about selecting your Twitter circle when writing your sad tweets.

Now available on iOS, Android, and desktop, Twitter Circle lets you create an exclusive cohort of up to 150 followers, allowing you to tweet missives visible only to them. People who are not part of your Twitter circle will not see any tweets you share with them, nor will they have any indication that such posts exist.

Meanwhile, those who are part of your Circle will see a green badge below Circle-only tweets. You’ll be able to reply to and like Circle tweets as usual, although retweets are understandably disabled. This should go a long way in preventing tweets intended for your longtime followers from going viral to millions of strangers.

‘Twitter Circle’ is here for all your trash talking needs

Of course, there’s still nothing stopping members of your trusted Twitter group from taking screenshots of your Circle tweets and putting their terrible house of the dragon take the blast. As such, it’s still good practice to never tweet anything you don’t want to be widely known. It is even better practice to simply never tweet.

But at least then you’ll know that some of your closest confidants on Twitter are actually dirty snakes.

Twitter first began testing Circle in May, enabling it for a limited number of users around the world. This small group of test users was later expanded in July, but today will be the first time everyone on Twitter will be able to see the feature.

Although they have some similarities, Twitter Circle should not be confused with Super Follows. While both features allow you to restrict some tweets to a smaller audience, Twitter Circle is free and allows you to select the recipients of your tweets yourself. In contrast, Super Follows allows anyone who pays a subscription fee to view your exclusive Super Follower tweets.

house of the dragon pulled off a streaming miracle on debut night while crashing the servers at HBO Max, and there are already plenty...
Read more

The January 6 committee has dropped a series of bombs. What else could come?

campaign action The committee has been in negotiations with former Vice President Mike Pence over whether he will testify. Also, Tony Ornato, who went...
Read more

Most Latino voters are out of reach of the GOP, new poll shows

“I don't consider myself a Democrat or a Republican, I'm on hold right now until the next election,” he said.In their effort to attract...
Read more