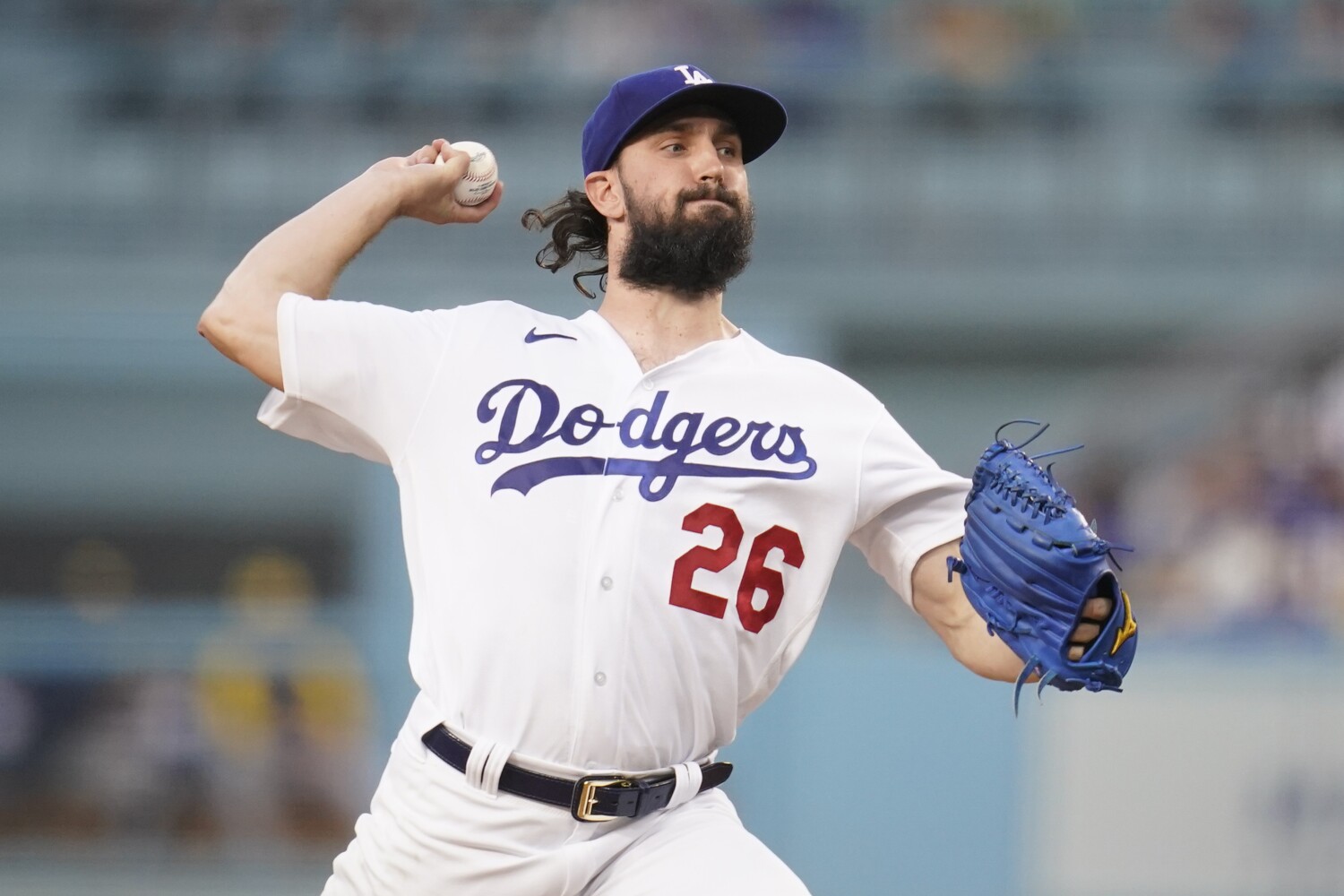 The Dodgers’ pitching staff has taken another hit.

The team placed Tony Gonsolin on the disabled list with a right forearm strain, which prevented the All-Star right-hander from making a scheduled start Monday night against the Miami Marlins.

Right-handed pitcher Michael Grove was called up to start the game.

According to a person with knowledge of the situation who was not authorized to speak publicly, Gonsolin’s injury is not believed to be serious and the team hopes he can return to action this season.

While it’s unclear exactly what triggered the forearm problem, the expectation is that the injury was caught early and will give the pitcher ample time to return before the playoffs begin in mid-October.

Still, any time lost this late in the year presents uncertainty.

And with just five weeks remaining in the regular season, it puts what had been a great season for Gonsolin in a more precarious position down the stretch.

Although he set an MLB career high for innings pitched this season months ago, having scored more than 128, Gonsolin appeared to be maintaining his health before Monday’s announcement.

His 2.10 ERA ranked first in the National League. His 16-1 record led the majors. And after battling shoulder problems last season, he repeatedly reiterated how healthy he felt this season, pitching at least six innings in 11 of his last 17 starts.

Gonsolin’s most recent start was last Tuesday at home against the Milwaukee Brewers, when he allowed one run on 77 pitches in five innings.

With Clayton Kershaw set to return from a back injury Thursday or Friday, manager Dave Roberts said Sunday the team would use a six-man rotation for the next two weeks, one that was supposed to include Gonsolin.

But now, as has happened to the Dodgers so many times this season, their pitching plans are being altered again.

Dustin May recently returned from his own Tommy John surgery. Kershaw has missed two months with a couple of back injuries. Andrew Heaney has been out for a long time due to shoulder problems.

Then there’s the bullpen, which will be without Daniel Hudson for the rest of the year with a torn ACL, and is still waiting to see how many of its relievers are currently in rehab: Blake Treinen, Tommy Kahnle, Victor Gonzalez, Danny Duffy and Yency Almonte: will be able to contribute in the final stretch.

The Dodgers will still have starting depth in Gonsolin’s absence, with a rotation of Julio Urias, Kershaw, May, Heaney and Tyler Anderson.

They’ve also been able to overcome all of their other hitting so far, entering Monday with the best team ERA in the majors.

Still, Gonsolin had been one of their breakout stars this year, on track to play a key role in the postseason.

Instead, he’s now become another question mark with the playoffs on the horizon, his injured forearm giving the Dodgers one more unknown to navigate through the final month of the season.

4moms Recalls More Than 2 Million MamaRoo and RockaRoo Rockers and Baby Swings Due to Entanglement and Strangulation Hazards; One reported death

Kevin M. Cahill, who managed to pack several careers into one lifetime as a leading expert on tropical diseases, physician to celebrities and politicians,...
Read more

Extreme events are growing in frequency and intensity around the world (1). In Brazil, the national policy exacerbates natural disasters by not considering...
Read more