Recycled wind turbines could be turned into plexiglass, diapers or gummy bears 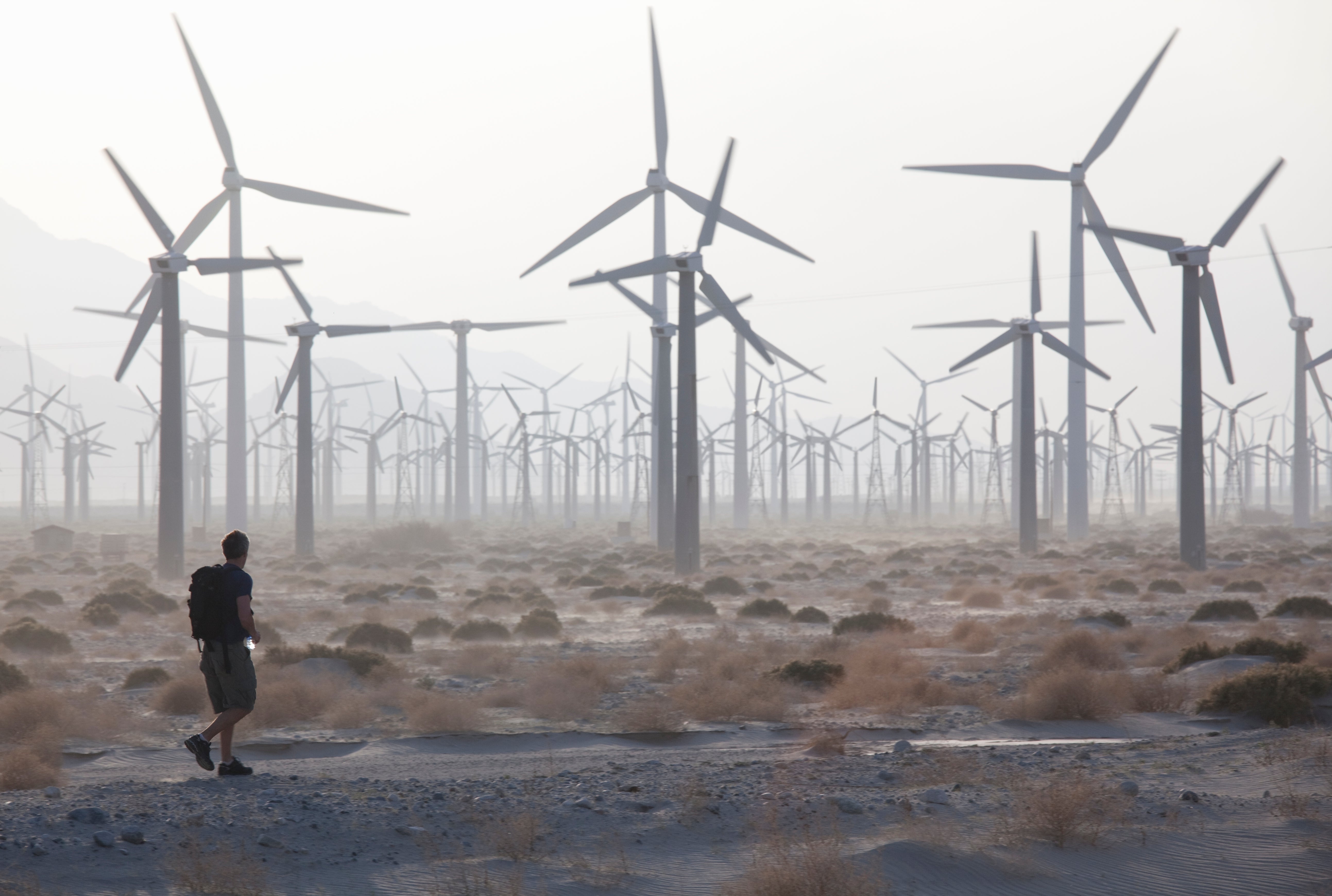 Wind turbine blades are typically designed to be replaced approximately every 20 years. This means that as wind power becomes more popular, more and more of these huge fiberglass structures will be discarded and many of them could end up buried in the ground. To encourage the recycling of blades, a research team has developed a binder resin, the ingredient that holds their fibrous material together, which can be transformed into more valuable substances.

“We specifically designed a system with end-of-life in mind,” says John Dorgan, a professor of chemical engineering and materials science at Michigan State University, who worked on the development of the new resin. After being used for years to strengthen wind turbine blades or other structures, the resin can be recycled back into another turbine blade or recycled into a composite material that can be used to make plastic products. It can also be processed into more valuable chemicals: These recycled options include shatter-resistant acrylic plexiglass, a superabsorbent polymer used in diapers, and the food preservative potassium lactate, which Dorgan used to make gummy bears that he later ate.

Wind turbine blades are typically 170 feet long, about the length of an Olympic swimming pool. But because larger turbines can capture more energy, some offshore wind farms are investing in taller installations that can have blades nearly twice as long. When these massive blades become damaged or reach the end of their useful life, they must be removed from use. By 2050, experts estimate that more than two million tons of material for blades could be discharged every year.

There are two main obstacles to recycling these structures. “For starters, it’s just the fact that they’re very large and they’re meant to be very durable, to last in the weather for 20 years or more. So they’re kind of hard to take apart and move,” explains Aubryn Cooperman, a wind energy analyst at the National Renewable Energy Laboratory, who was not involved in the development of the new resin. Another problem “is that they are made of materials that are as cheap as possible. [that will] keep getting the performance you need.” For maximum efficiency, wind turbine blades need to be light and strong, so engineers typically make them from fiberglass bonded with a polymer resin. In theory, this material can be recycled, but the researchers say the resulting product isn’t particularly valuable. “The main problem is that it’s just not economical to do it,” says Dorgan. “It’s cheaper to just bury it in the ground than to reprocess it into something useful.”

To solve this problem, the recycling of wind turbine blades must be made easier and more profitable. Several companies in the renewable energy industry, including Siemens Gamesa, General Electric and Vestas, are working on this issue, says Cooperman. “Anything that makes recycling easier, that makes it less expensive to recycle, increases the chances of more recycling happening,” he says.

Dorgan and his colleagues set out to develop a new polymer resin that could firmly bond a large fiberglass structure while in use and could be made into a variety of products when it comes time to remove the sheet. The team produced a syrupy resin by dissolving polylactide, a polymer derived from plants, in a synthetic monomer called methyl methacrylate (MMA). The researchers then used vacuum pressure to draw the resin through the glass fibers. After the fibers were impregnated with the liquid, the resin hardened, producing solid fiberglass panels. The same process can be used to make larger structures, including wind turbine blades and ship hulls. The team presented the work this week at a meeting of the American Chemical Society.

When it came time to recycle their experimental fiberglass panels, the researchers had a few options. In one, they could grind up the panels and add an additional polymer, producing a plastic material that could be made into other objects by injection molding. This short-fiber composite could become the basis for computer cases or other objects, but it wouldn’t be particularly valuable, Dorgan says. Another option was to make new, strong panels from the remains of old ones: the team soaked the panels in MMA monomer, which dissolved the hardened resin; the researchers then physically removed the glass fibers. The recovered “syrup” was used to make new fiberglass panels, which had the same physical properties as the originals.

But leftover resin has other potential uses as well. “What would really boost wind turbine recycling is if you could turn it into something worth more money or use it for [make high-value] products outside of it,” says Dorgan. For example, subjecting the recovered resin to different chemical reactions allowed the team to extract new compounds. One substance produced in this way was polymethyl methacrylate, an acrylic polymer better known than plexiglass. This clear, unbreakable substance is valued as an alternative to glass in a wide variety of products, from windows to car headlights. High-temperature cooking of the resin produced poly(methacrylic acid), a superabsorbent material used in diapers and other products. A little more processing resulted in potassium lactate, which is added to a variety of foods as a preservative. Although Dorgan used it to make his own version of gummy bears, he doesn’t necessarily see homemade candy as the primary way to improve the recyclability of wind turbine blades. His goal is to encourage recycling by changing attitudes.

“I’m trying to push the boundaries of how people think about recycling,” he explains. “It’s about creating additional options and getting people to think about ‘What really are the limits of recycling?’ And to my knowledge, no one has ever reprocessed a durable composite material into something you can eat.”

Lots of people had trouble putting down their phone. And many solutions say to just log out, but it's not always that easy....
Read more

Monkeypox is a smallpox virus. It usually causes pimple-like or blister-like lesions and flu-like symptoms, such as fever. The disease is rarely...
Read more