Home SCIENCE One day we will be recycling wind turbine blades into delicious gummy...
SCIENCE 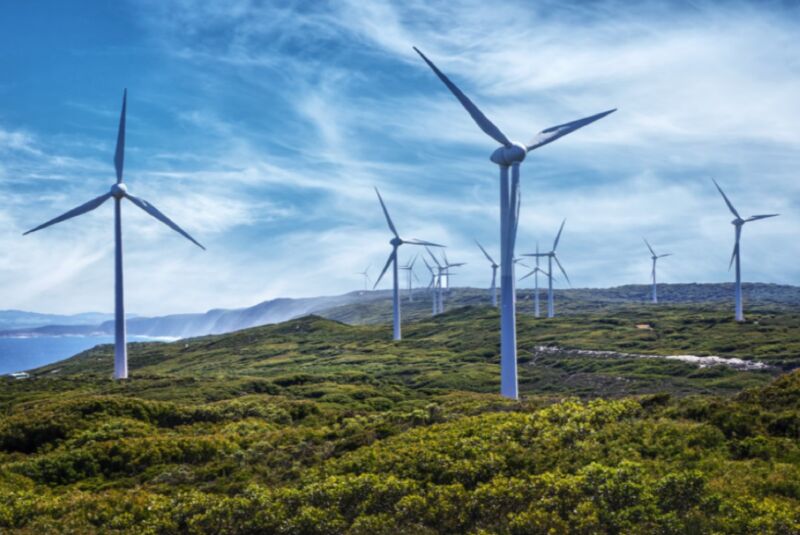 Wind power is a rapidly growing industry, with a 53 percent increase in new installations in 2020 alone, according to the World Wind Energy Council. The huge fiberglass blades can be as long as half a football field and they keep getting bigger: the bigger the blade, the more electricity is produced. That poses a problem when the blades outlive the mechanical parts of the turbines. They are usually sent to landfills, which undermines the whole concept of sustainable energy production.

Fortunately, John Dorgan, a chemical engineer at Michigan State University, has created a new polymer resin that can be recycled not only into a new generation of turbine blades, but also into materials for a wide range of commercial applications. These include making taillights for cars, diapers, kitchen sinks, even edible gummy bears. He described his research at a meeting of the American Chemical Society in Chicago this week.

Dorgan calls his approach “molecular flexibility,” inspired in part by an article he once read by Isaac Asimov, which describes a future in which people could resynthesize raw protons, neutrons, and electrons into anything they wanted. “It’s almost like the replicator of star trekwhere they can turn atoms into whatever they want: ice cream floats, new clothes, whatever,” Dorgan said during a news conference at the ACS meeting. “Of course, we’re a long way off. of the replicator idea, but we got a little bit of inspiration from that sort of thing.”

Dorgan has long worked with one of his favorite polymers: polylactides, or PLA, originally developed to make sustainable, biodegradable packaging. PLA can also be used as a fiber to make textiles and clothing. Dorgan’s current project, funded by the Department of Energy, is to investigate how to make wind turbine blades more energy efficient. So naturally, he wondered if PLA could be used as a recyclable binder resin.

Dorgan’s lab made its new composite resin by dissolving PLA in a synthetic monomer called methyl methacrylate (MMA), resulting in a syrupy resin. They used vacuum pressure to pull the resin through the glass fibers, causing the resin to harden into solid fiberglass panels. Those panels can be recycled by dissolving them in fresh monomer, allowing researchers to remelt new panels for the next generation of wind turbines. “The holy grail in polymer recycling is always going back from one application to the same application,” he said. “We can do that with these materials. We’ve been through several cycles and we’ve shown that the mechanical properties can be maintained.”

The next step is to make some moderately sized turbine blades and test them in the field. But Dorgan admits that his resin is not yet ready to scale to the level required to meet the current needs of the wind power industry. There is simply not enough bioplastic produced by the laboratory process of it, and developing a large-scale production process will take some time.

Fortunately, it is also possible to reuse the resin for other applications, both down-cycle and up-cycle. For the former, take the material and grind it up, perhaps adding a little more polymer to the mix, and it’ll be perfect for injection molding, a common plastics manufacturing technique. Dorgan also produced an engineered stone, which he later used to make a full-size kitchen sink and the MSU Spartan logo.

Beyond that simple mechanical processing, Dorgan found that he could chemically modify these materials for more upcycle applications. “In fact, we can digest one of the components of the PLA polymer using just a simple base, like an alkaline solution,” he said. “Think of baking soda or baking powder in the kitchen, something pretty mild in terms of its chemical activity.”

This breaks down PLA into an environmentally benign metabolite called monolactic acid and allowed Dorgan to recover the polymethyl methacrylate (PMMA) in the material, more commonly known as plexiglass, used to make car windows and taillights. Raising the temperature can convert PMMA to polymethacrylic acid, a superabsorbent polymer used in diapers. Another byproduct of alkaline digestion is potassium lactate, which Dorgan was able to purify for food-grade applications. He even used it to make gummy bears in the lab.

If you haven't been...
Read more
Load more

Reiterating his stance against gun control, Republican Sen. Ted Cruz said the "only" solution to violence is violence.Cruz appeared in the Texas Tribune Festival...
Read more