NASA’s moon rocket on track for launch despite lightning strikes 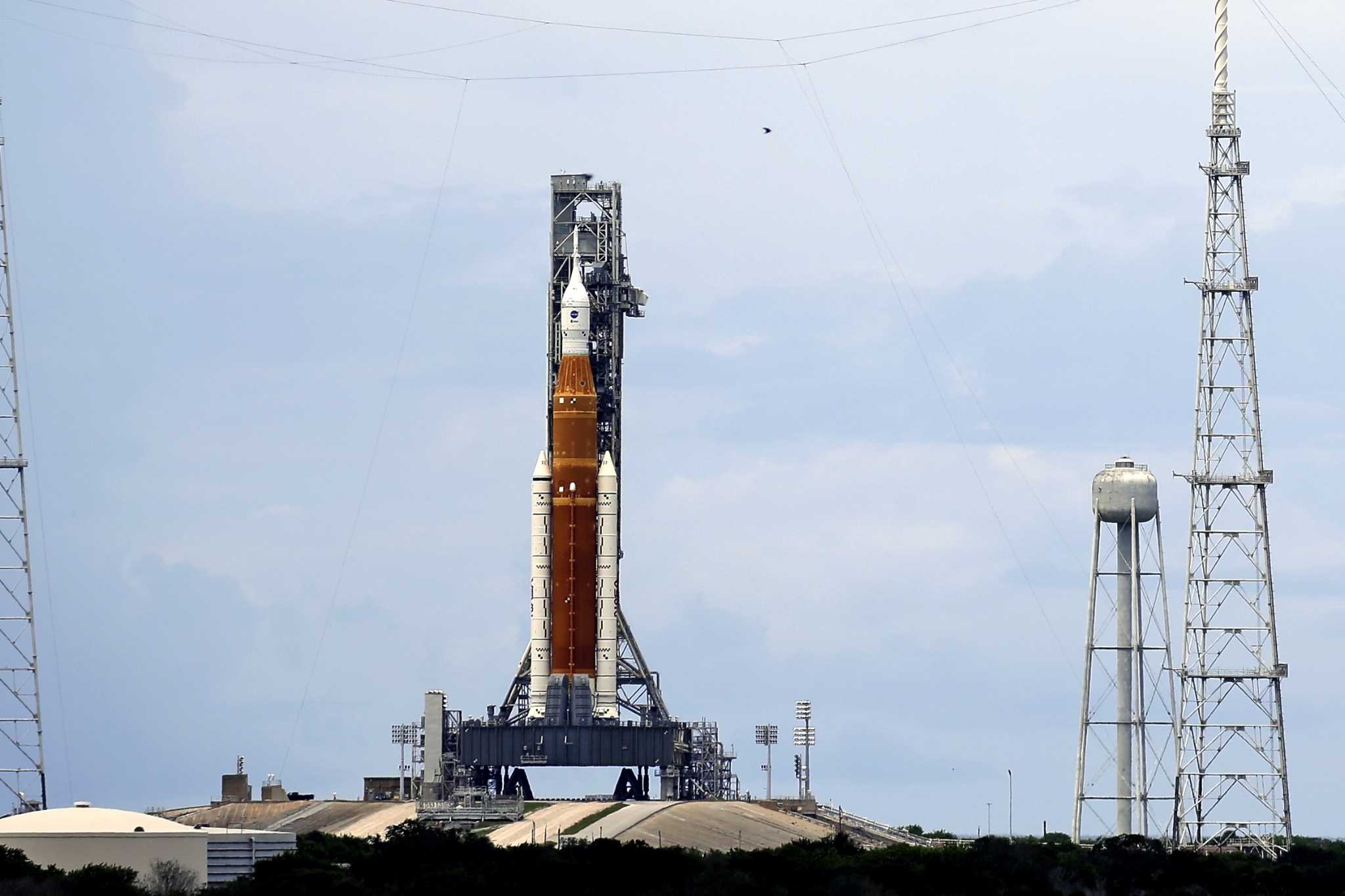 CAPE CANAVERAL, Florida. (AP) — NASA’s new lunar rocket stayed on track for liftoff in a crucial test flight Monday, despite a series of lightning strikes on the launch pad.

The 322-foot (98-meter) Space Launch System rocket is the most powerful ever built by NASA. It is about to send an empty crew capsule into lunar orbit, half a century after NASA’s Apollo program, which landed 12 astronauts on the moon.

Astronauts could return to the moon in a few years, if this six-week test flight goes well. However, NASA officials warn that the risks are high and the flight could be interrupted.

Instead of astronauts, three test dummies are attached to the Orion capsule to measure vibration, acceleration and radiation, one of the greatest dangers to humans in deep space. The capsule alone has more than 1,000 sensors.

Officials said Sunday that neither the rocket nor the capsule were damaged during Saturday’s storm; the ground crew was also unaffected. Five hits were confirmed, striking the 600-foot (183-meter) lightning protection towers surrounding the rocket at NASA’s Kennedy Space Center. The blows were not strong enough to warrant a major retest.

More storms were expected. Although forecasters gave an 80% chance of acceptable weather on Monday morning, conditions were expected to deteriorate during the two-hour launch window.

On the technical side, Spaulding said the team had done everything possible over the past few months to eliminate any lingering fuel leaks. A pair of countdown tests earlier this year led to repairs of leaking valves and other faulty equipment; Engineers won’t know if all the fixes are good until a few hours before the planned takeoff. If Monday doesn’t work, the next launch attempt would be on Friday.

After so many years of delays and setbacks, the launch team was delighted to finally be so close to the maiden flight of the Artemis lunar exploration program, named after Apollo’s twin sister in Greek mythology.

“We’re within 24 hours of launch right now, which is pretty amazing for what we’ve been on this journey,” Spaulding told reporters.

Artemis’ follow-up flight, as early as 2024, would see four astronauts fly around the moon. A landing could follow in 2025. NASA is targeting the moon’s uncharted south pole, where permanently shadowed craters are thought to contain ice that could be used by future crews.

follow the nation Get email updates Sign up for our free daily newsletter, along with occasional offers from shows that support our journalism. By signing...
Read more
Load more

Seoul, South Korea-- South Korea may hold a public poll to help determine whether members of the K-pop boy band BTS will be granted...
Read more

Instagram's recommendation algorithms bring pro-anorexia and eating disorder content to millions of users, including those whose bios identify them as...
Read more

NEWYou can now listen to Fox News articles! A Cleveland Guardians pitcher may or may not have suffered a self-inflicted injury due to...
Read more