Home SCIENCE NASA's Artemis I launch will bring us one step closer to 'sustainable...
SCIENCE 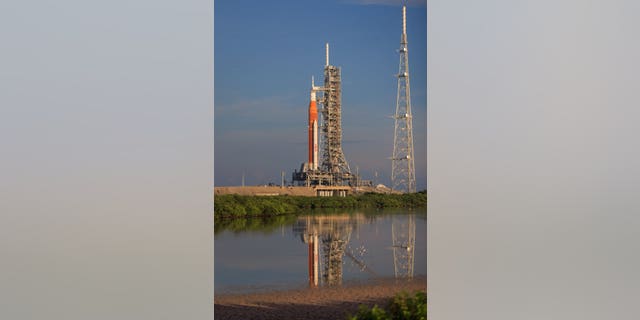 CAPE CANAVERAL, FL – America is going back to the moon.

It all starts with NASA’s Artemis I mission, which will launch from the Kennedy Space Center on Monday, August 29.

While there will be no astronauts aboard this flight, the mission will bring NASA one step closer to its goal of landing humans on the moon by 2025.

Florida weather will play a role, but as of Thursday night, NASA says conditions are currently 70% favorable for a Monday morning launch.

NASA TO ‘GO’ FOR ARTEMIS LAUNCH NEXT WEEK

NASA’s Space Launch System (SLS) rocket is on the launch pad. Over the next 2 days, crews will make final preparations before Monday’s launch.
(POT)

This launch will kick off the next generation of space missions under the Artemis program, picking up right where the Apollo missions left off. This time, however, the US is not just leaving flags and footprints.

“We’ve barely scratched the surface, scientifically or from an exploration standpoint,” said former NASA astronaut Doug Hurley. “The plan now is to have a much more sustainable footprint on the moon and then ultimately use it as a stepping stone to Mars.”

Through the Artemis program, NASA’s goal is to establish a more permanent human presence on the moon. This could resemble the US presence in Antarctica. The moon could also be a critical launching point for future manned missions to Mars because it contains the elements, water and hydrogen needed to create rocket propellant.

“We have to learn as much as we can when we are 250 miles apart. [on the moon] so when we go to Mars we have a plan and we know what we’re going to do,” Hurley said.

Although Hurley hung up his spacesuit and retired from NASA last year, he is excited to continue to be involved in the upcoming launch through Northrop Grumman, the company that built the rocket boosters for NASA’s Space Launch System (SLS) rocket. The NASA.

“We built the two white solid rocket boosters and provided about 75% of the vehicle’s launch thrust,” Hurley said. “That’s an incredible amount of energy for the first 2 minutes and 6 seconds or so to get the vehicle out of the thickest part of the atmosphere and send it on its way to the moon.”

NASA’s Space Launch System rocket and Orion spacecraft for the Artemis I mission are parked on the launch pad.
(POT)

Artemis I will be an uncrewed flight to orbit the moon to test spacecraft systems and make sure everything is in order before humans take the trip on Artemis II.

“We’ve done wet-suit rehearsal tests, where we’ve gotten through a good portion of the countdown and fixed any issues,” said Cliff Lanham, senior manager of vehicle operations for NASA’s Exploration Ground Systems. “We feel good about having the launch on Monday.”

The mission will last about 42 days. After orbiting the moon, the Orion space capsule will sink into the Pacific Ocean.

Artemis I and the Orion spacecraft shortly before launch to the launch pad as seen from high bay level inside the Vehicle Assembly Building at Kennedy Space Center, Florida, Launch Complex 39.
((Joe Burbank/Orlando Sentinel/Tribune News Service via Getty Images))

“I’m looking forward to those solids coming on Monday and you feel that pounding in your chest, the roar of the engines,” Lanham said. “A lot of people have worked really hard to get us here, and it’s going to be an exciting day for us.”

Rebekah Castor joined Fox News in 2021 as a multimedia reporter based in New Orleans.

1 Desta: The memories between developers: both of us games Available in: iOS + Android + Vapor Gender: behaviour This Netflix exclusive title takes players on a journey...
Read more
Load more

Scientists’ great fear of monkeypox: it will spread to wild animals and is here to stay

maureen milleran infectious disease epidemiologist and medical anthropologist at Columbia University, was not surprised to learn this week that an Italian greyhound in Paris...
Read more

Recipients of the Presidential Medal of Freedom: Complete List