Many patients stop taking statins because of muscle pain, but statins don’t cause it, new study finds 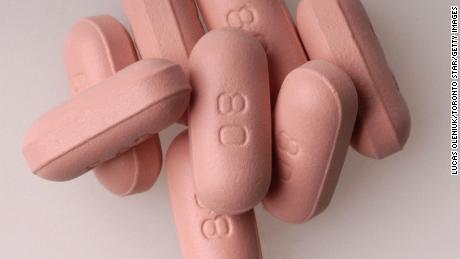 “Our results confirm that, in most cases, statin therapy is not likely to be the cause of muscle pain in a person taking statins,” said the study, led by authors from Oxford Population Health and the Medical Research Council. Population Health Research Unit, University of Oxford. “This finding is particularly true if treatment has been well tolerated for a year or more before symptoms develop.”

The authors performed a meta-analysis of 19 double-blind randomized trials of statin versus placebo regimens. All trials had more than 1000 participants and at least two years of follow-up. They also looked at four double-blind trials of more and less intense statin regimens.

Study author Colin Baigent, a professor of epidemiology at the University of Oxford, said there have been many nonrandomized studies not involving any kind of placebo or random assignment to a statin that have produced “really quite extreme” estimates of how much pain muscle caused by statins.

“This has discouraged patients from starting statins, or stopped them when they develop muscle pain because they just look in the paper and see that statins cause so much muscle pain, so they stop,” Baigent said. during a Science Media conference. Center briefing. “We were really trying to deal with that problem.”

The new study says that “even during the first year of a moderate-intensity statin regimen, it is likely to be the cause of only about one in 15 patients who report muscle symptoms, rising to about one in 10 in those who are taking more intense regimens.

“In other words, the statin is not the cause of muscle symptoms in more than 90% of people who report such symptoms.”

The authors found that in the first year, statin therapy produced a 7% relative increase in muscle pain or weakness, but there was no significant increase after that. The greatest risk was already present within the first three months after treatment was assigned.

There were reports of at least one episode of muscle pain or weakness in 27.1% of patients assigned a statin versus 26.6% of those assigned a placebo during a median follow-up of 4.3 years .

In the trials analyzed by the authors, they say that statin therapy, during the first year of use, caused approximately 11 additional reports of muscle pain per 1,000 patients.

“What we concluded is that there are two things that we need to do as a profession, as a society,” Baigent said at the briefing. “The first thing is that we need to do a better job of managing patients who report muscle pain when taking statins, because there is a tendency for patients to end up stopping taking statins and that has a detrimental effect on their long-term health. And the second thing we need to do is look at the information that’s available to patients in the package inserts.”

He noted that if people were better informed about the real risks of muscle pain, then they might be able to stay on statin therapy longer.

The study has some limitations, including considerable heterogeneity in the methods used for muscle symptoms, some adverse event data are not available, and most studies do not exclude participants who can now be classified as statin intolerant.

In a commentary published along with the study, Dr. Maciej Banach, a cardiologist at the Medical University of Lodz and the Polish Mother Memorial Hospital Research Institute in Poland, wrote that the potential side effects of statins should not be taken into account. account when starting treatment.

“It must be strongly emphasized that the small risk of muscle symptoms is negligible compared to the well-proven cardiovascular benefits of statins,” he wrote.

the US Centers for Disease Control and Prevention. says that heart disease is the leading cause of death for men, women, and people of most racial and ethnic groups in the United States. There is one death from cardiovascular disease every 34 seconds in the country.

Last week, the US Preventive Services Task Force announced its latest guidance on the use of statins to prevent a first heart attack or stroke.

The guidelines are more conservative than those published by other groups, such as the American College of Cardiology. They recommend statins in adults ages 40 to 75 who have at least one risk factor for cardiovascular disease and a 10% or high risk of heart attack in the next 10 years.

According to the American Heart Association“Statins are recommended for most patients and have been directly associated with a reduced risk of heart attack and stroke. Statins continue to provide the most effective lipid-lowering therapy in most cases.”
Share
Facebook
Twitter
Pinterest
WhatsApp
Previous articleEnergy prices: I’m having a harder time staying alive
Next articleApple shares near an all-time high
RELATED ARTICLES
HEALTH

The president of US distributor Samuel Goldwyn Films, Peter Goldwyn, has weighed in on the backlash to India's selection of his competitor for this...
Read more

Spatial Audio is one of the best tricks that Apple has added to its headphones and earphones. It uses special sound processing to...
Read more