How to improve indoor air quality 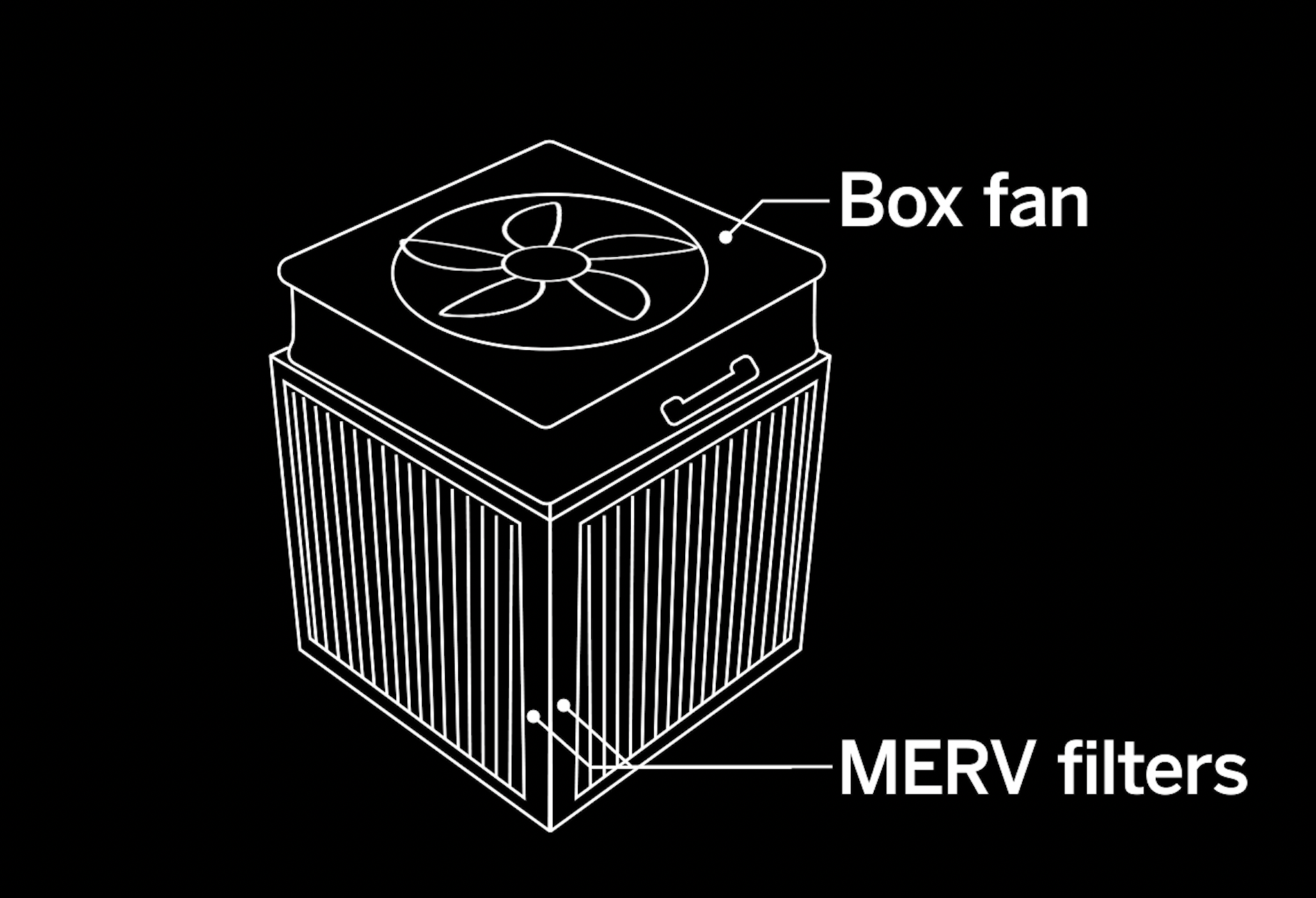 Did you know that we spend about 90 percent of our time indoors?

So why not talk about indoor air quality, especially when COVID is still spreading and so many people are being encouraged to return to offices?

We know that SARS-CoV-2, the virus that causes COVID, is transmitted through airborne droplets called aerosols that float in the air and can travel short and long distances.

And in addition to reducing COVID transmission rates, we know that fresh air is very important for overall health.

Florence Nightingale, for example, once emphasized the importance of bedroom ventilation for tuberculosis patients. And Nordic parents often let their babies sleep outside in the freezing cold.

SARS-CoV-2 is not the only virus that spreads through the air indoors. Influenza and other respiratory viruses are also spread this way. Studies have also shown that poor ventilation leads to cognitive decline and “sick building syndrome.”

And is there really anyone who regulates indoor air quality?

Turns out there is.

That would be ASHRAE, a US industry body that sets standards for what’s called “acceptable indoor air quality.”

ASHRAE standards aim to limit exposure to harmful substances with known exposure limits, such as formaldehyde, but not to pathogens.

And here’s the rub: According to experts, these air quality standards are far below what is needed to stop the spread of COVID.

That’s because minimal ventilation rates, for example, don’t completely stop the spread of airborne pathogens. And many buildings don’t even meet those standards.

Changing these standards takes time. But let’s break down the components to improve indoor air quality and exactly what you need to do it.

In 1858, chemist Max von Pettenkofer, one of the pioneers of the indoor air quality movement, said that if a space contains a pile of manure, do not try to remove the odor by ventilation, but remove the manure.

For example, cooking gas fumes could be reduced by using an electric stove instead of a gas one.

So if you wanted to limit the amount of SARS-CoV-2 particles in the air, you could theoretically require people to wear high-quality masks and make sure anyone who feels sick stays home instead of going to the hospital. office.

Of course, such measures alone cannot prevent all pathogens or other contaminants from entering the air, which is why other steps are needed.

The level of ventilation of a building refers to the amount of fresh outside air that enters. This fresh air dilutes the concentration of virus-laden particles in the air.

Imagine a SARS-CoV-2 particle inside like a drop of food coloring in a cup of water. Outdoors, it’s more like a drop of dye in the ocean: it quickly becomes so diluted that it’s virtually undetectable. The ventilation makes the inner “cup” more like the outer “ocean.”

The easiest and cheapest way to improve ventilation is to open a window, but that’s not always feasible, especially if the outside air is more polluted than inside.

Experts say this may become a major fairness issue. People of color, for example, are more likely to live and work in places where they are exposed to harmful pollution.

Aside from windows, another source of indoor ventilation is a heating, ventilation, and air conditioning, or HVAC, system. Most of these systems allow the building manager to vary the amount of fresh air intake. It should generally be set to maximum, experts say, as long as the outdoor air quality is safe. However, before the pandemic, many buildings had their HVAC system set to recirculate stale air.

A good rule of thumb is to aim for at least six air exchanges per hour through ventilation or the equivalent amount of fresh air through filtration.

One way we can indirectly measure the amount of ventilation in a space is to use a carbon dioxide monitor. Humans exhale COtwo when we breathe, so the levels of this gas provide a good indicator of how diluted the air is. values ​​below 800 parts per million they are potentially well ventilated.

Filtration basically just means removing particles and other contaminants from the air. A standard called MERV offers a way to compare different filters. The gold standard filter, HEPA, can remove 99.97 percent of airborne particles that are 0.3 microns in size, and an even higher percentage of larger or smaller particles. HEPA is equivalent to a rating of MERV 17 or higher.

A best practice is to upgrade filters to MERV 13 minimum for most indoor environments. Many HVAC systems can be upgraded to this standard, but some very old ones may have problems with the higher efficiency filters and this could cause air leaks around the filters.

You can also purchase a stand-alone device called a portable air cleaner. But these devices are not cheap. Fortunately, some researchers have found a more affordable solution known as the Corsi-Rosenthal box. It’s basically a DIY air filter made up of a box fan and four or five MERV filters taped together. You can even find the instructions online.

It is also quite effective. A Corsi-Rosenthal box in a 200-square-foot (about 19-square-meter) bedroom achieved the equivalent of about 24 air exchanges per hour, on par with a typical US hospital and better than most similar sized portable air cleaners.

Some systems work by shining ultraviolet light at the top of a room, which neutralizes airborne pathogens as they circulate through that space. Some wavelengths of ultraviolet light are harmful to humans, although there is a wavelength called far UVC which seems to be safer for people.

This method is better for places like hospitals and school cafeterias rather than homes or offices.

The Biden administration recently asked building managers in schools, universities and other settings to improve indoor air quality. Updating it can be expensive, but federal funds exist to support such efforts.

Indoor air quality is important in reducing the rate of transmission of COVID and improving our overall health.

Saturday Sessions: Danielle Ponder Performs “Some of Us Are Brave”

A racist slur yelled by a Brigham Young University volleyball fan at a black Duke player turned out to be fake.
Read more

Elon Musk’s Starlink internet service will provide access on school buses in Iran and the US.

SpaceX's internet service provider Starlink tries to be everything, everywhere, all at once. Despite Starlink's slowdown in recent months as its popularity rises,...
Read more