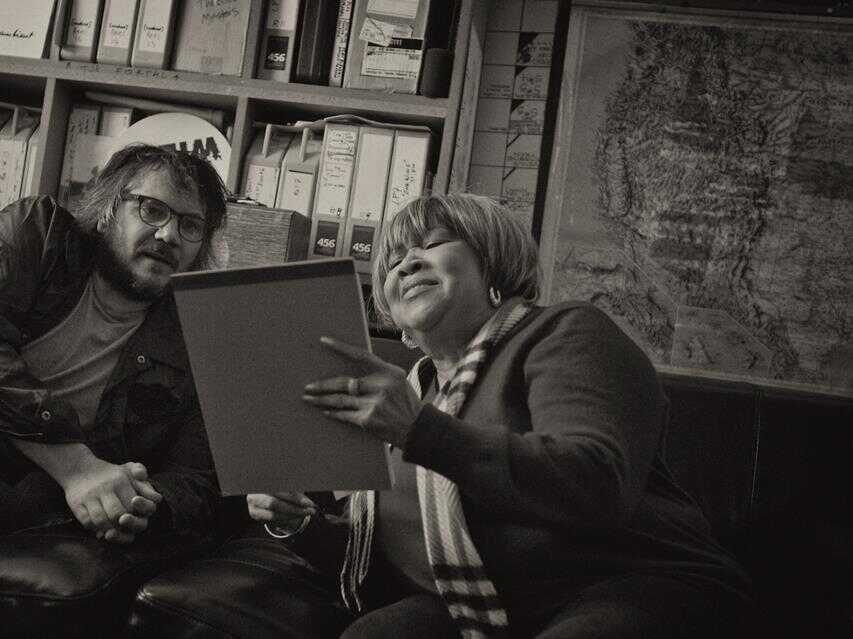 Mavis Staples has been acting for more than six decades. a true vine it is his second album-length collaboration with Wilco frontman Jeff Tweedy.

Mavis Staples has been acting for more than six decades. a true vine it is his second album-length collaboration with Wilco frontman Jeff Tweedy.

From small country churches to the stages of the civil rights movement and the Rock and Roll Hall of Fame, Mavis Staples’ career spans more than 60 years.

The gospel legend has shown no interest in retiring. his new album, a true vineit is his second collaboration with Jeff Tweedy of Wilco.

“It’s a totally different CD,” Staples tells NPR’s Neal Conan. “It’s a return to my beginnings. As far as I’m concerned, it’s come full circle. I’ve gone from strictly gospel to folk to country, and here I am back home where I started.”

Staples began singing with his family’s band, The Staple Singers, when he was 13 years old. He says that his last album reminds him of singing with his family and that he always tries to sing at least one song written by his father, Roebuck “Pops” Staples. who died in 2000. a true vine includes “I Like the Things About Me”, a song in which her father used to sing the title role.

Staples says it was a challenge to sing his part: “Pops, he was a singer’s singer. I loved listening to my father sing. He was so laid back and cool. I always wished I could sing like Pops.”

She says that her father taught her to sing with her heart and let it flow. “Just be Mavis,” he used to say.

Staples still sings with her sister Yvonne. “When Pops passed away,” says Staples, “Yvonne tried to tell me to go ahead and sing, and she would mind my own business.”

Staples says he went onstage about three times, but something was missing.

“I didn’t have any of the family on stage with me,” she says. “I got off the stage and said, ‘Listen, Yvonne, you have to sing. I need to hear at least one Staples voice on that stage.’ “

Yvonne still does backing vocals for her sister, along with two other singers.

Producer Jeff Tweedy wrote three songs for the album: “Every Step”, “Jesus Wept”, and the title track, “One True Vine”. She says that on the songs Tweedy wrote, there were a couple of occasions where they lovingly butted heads on style and delivery.

“He was lucky to be in the engineering room and I couldn’t get close to him to shake him,” says Staples. “But I went ahead and did it his way, and I tell you I’m grateful. I learned something new.”

Next, Staples says he hopes to make a country music album, as well as a tribute to Bob Dylan: “I’m always trying to find new things to do,” he says. “I don’t know where I’m going. My next CD could be country, it could be Dylan, it could be Mick Jagger. I don’t know. I love a challenge.”

Community transport: ‘It was a reason to get up in the morning’

Ppeople are increasingly concerned about how...
Read more