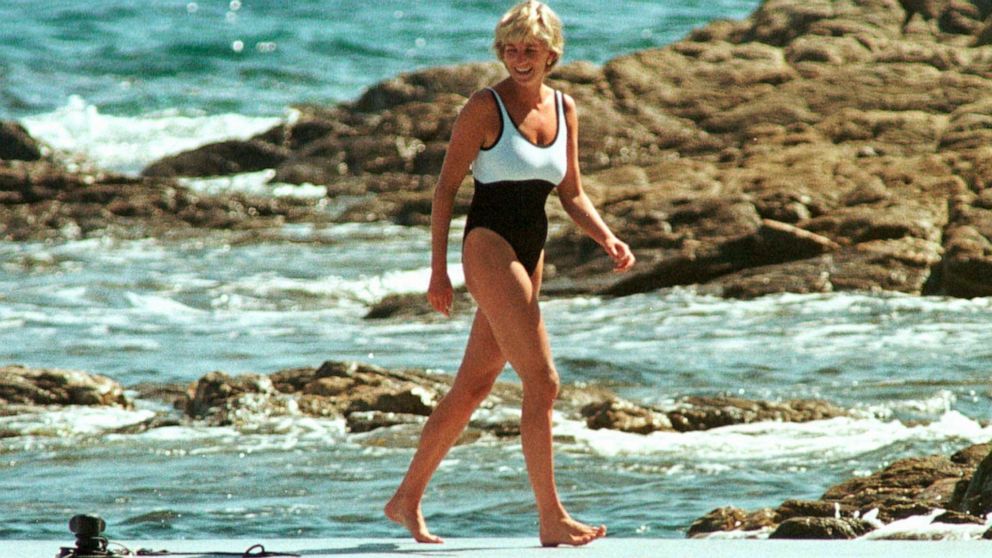 PARIS– The woman was huddled on the floor of a wrecked Mercedes, unconscious and gasping for breath. The French doctor had no idea who she was and focused on trying to save her.

Twenty-five years later, Frederic Mailliez is still scarred by what happened in the Alma Tunnel in Paris on August 31, 1997, and by the realization that he was one of the last people to see Princess Diana alive.

“I realize that my name will always be associated with this tragic night,” Mailliez, who was returning home from a party when he encountered the car accident, told The Associated Press. “I feel a little bit responsible for his last moments.”

As Britain and Diana’s fans around the world mark a quarter century since her death, Mailliez recounted the aftermath of the accident.

That night, Mailliez was driving into the tunnel when he saw a smoking Mercedes that had almost been torn in two.

“Walk to the wreckage. I opened the door and looked inside,” she said.

What he saw: “Four people, two of them apparently dead, without reaction, without breathing, and the other two, on the right side, were alive but in serious condition. The front passenger was screaming, breathing. He could wait a few minutes. And the passenger, the young lady, was on her knees on the floor of the Mercedes, she had her head down. She had difficulty breathing. She needed help fast.”

He ran to his car to call emergency services and grab a breathing bag.

“I was unconscious,” he said. “Thanks to my breathing bag (…) she recovered a little more energy, but she couldn’t say anything.”

The doctor would later learn the news, along with the rest of the world, that the woman he treated was Diana, Britain’s national treasure adored by millions.

“I know it’s amazing, but I didn’t recognize Princess Diana,” he said. “She was in the car in the back seat giving assistance. I realized that she was very beautiful, but my attention was so focused on what I had to do to save her life that I had no time to think who this woman was.”

“Someone behind me told me that the victims spoke English, so I started speaking English, said I was a doctor and called the ambulance,” he said. “I tried to comfort her.”

As he worked, he noticed the flash of camera bulbs, paparazzi gathered to document the scene. A British investigation found that Diana’s driver, Henri Paul, was drunk and speeding to avoid pursuing photographers.

Mailliez said he had “no reproach” for the photographers’ actions after the crash. “They did not prevent me from having access to the victims. … I didn’t ask them for help, but they didn’t interfere with my work.”

Firefighters quickly arrived and Diana was taken to a Paris hospital, where she died a few hours later. Her companion Dodi Fayed and the driver also died.

“It was a huge shock to learn that she was Princess Diana and that she died,” Mailliez said. Then doubt set in. “Did I do everything I could to save her? Did I do my job correctly? he asked himself. “I consulted with my medical professors and with the police investigators,” he said, and they agreed that he did his best.

The anniversary is stirring up those memories again, but they also come back “every time I drive through the Soul Tunnel,” he said.

As Mailliez spoke, standing over the tunnel, cars raced in and out past the pillar where she crashed, now with a stencil drawing of Diana’s face.

The nearby Flame of Liberty monument has been turned into a memorial site that attracts Diana fans of all generations and nationalities. She has become an eternal figure of emancipation and a fashion icon even for those born after her death.

Irinia Ouahvi, a 16-year-old Parisian who visits the llama, said she knows Diana through TikTok videos and her mother.

“Even with her style she was feminist. She defied royal etiquette, wearing biker shorts and casual pants,” Ouahvi said.

Francine Rose, a 16-year-old from the Netherlands who passed the Diana memorial during a cycling trip through Paris, discovered her story thanks to “The Princess,” a recent film starring Kristen Stewart.

“She’s an inspiration because she was growing up in the strict household, the royal family, and she just wanted to be free,” Rose said.

Nicolás Garriga and Jeffrey Schaeffer contributed to this report.

WASHINGTON — The Biden administration announced Thursday that it would impose sanctions on two Chinese companies that transport and store Iranian oil, a shift...
Read more

A key measure of US economic output grew more slowly in the first half of the year than previously believed, government data released on...
Read more
Load more

Brisk walking reduces the risk of cancer, heart disease and premature death, according to a study

Health benefits increased with each step, the study found, but peaked at 10,000 steps; after that, the effects wore off. Counting steps...
Read more

Encore: After a decade-long series of closures, a rural Tennessee hospital reopens

When rural hospitals close, they are often gone forever. But now, some returns are a welcome sign for communities that haven't had easy...
Read more

Body of missing woman found after landslides in California | California

A woman was found dead under a pile of mud, rocks and other debris after flash floods triggered mudslides that swept through her town...
Read more

WASHINGTON — The Biden administration announced Thursday that it would impose sanctions on two Chinese companies that transport and store Iranian oil, a shift...
Read more