Home HEALTH Democrats: Abortion rulings may be 'a blessing in disguise'
HEALTH

Democrats: Abortion rulings may be ‘a blessing in disguise’ 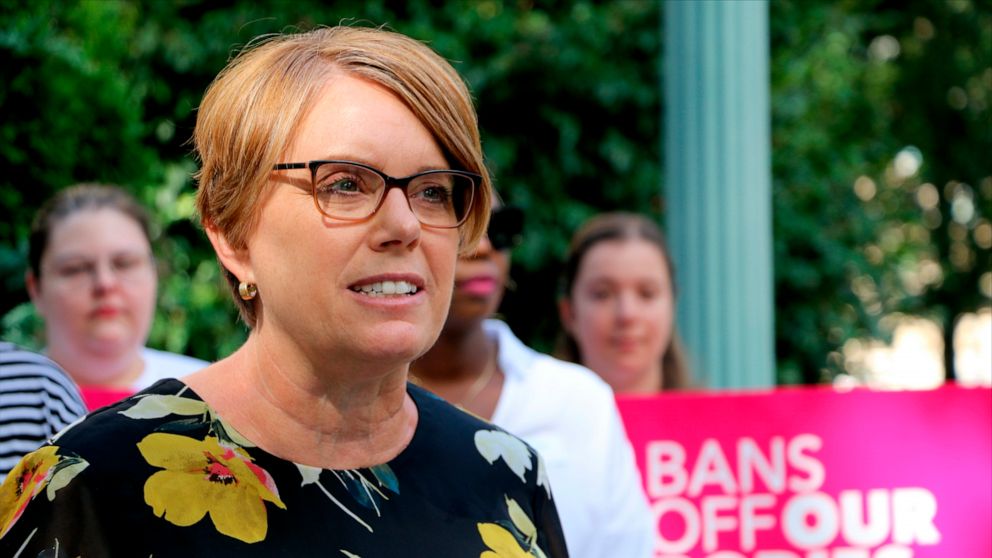 RALEIGH, North Carolina– Democratic candidates have criticized recently reinstated abortion restrictions in North Carolina after a federal judge allowed a state law to go into effect that bans nearly all abortions after 20 weeks of pregnancy.

But some North Carolina Democrats say the ruling earlier this month, the latest fallout from the US Supreme Court’s June decision that struck down federal abortion protections, could be the catalyst their party he needed to reinvigorate his political prospects in what was shaping up to be a losing year.

“I think it’s a blessing in disguise for Democrats,” said Morgan Jackson, a consultant to powerful North Carolina Democrats like Gov. Roy Cooper and Attorney General Josh Stein. “It was a horrible political decision that set back decades and decades of progress to women, but at the same time, it has given Democrats renewed optimism about this year.

US District Judge William Osteen ruled on August 17 that the US Supreme Court decision that overturned Roe v. Wade erased the legal basis for his 2019 ruling that imposed an injunction on the 1973 state law that prohibited abortions after 20 weeks. Although the law allows scope for urgent medical emergencies that threaten the patient’s life or “create a serious risk of substantial and irreversible physical deterioration,” it does not grant exceptions for rape or incest.

The judge’s decision comes as North Carolina prepares to vote this fall on its entire state legislature, two state supreme court races, all 14 seats in the U.S. House of Representatives and a high-profile race for the US Senate

Democrats have dreamed for years of replicating their 2008 success when the state went blue for president, governor and US Senate. Although the current governor is a Democrat, Republicans have dominated both houses of the legislature since 2011, which which has allowed them to promote a conservative agenda that includes restrictions on abortion. That dominance held even in 2020 despite a massive effort by Democrats to wrest control of the General Assembly. Republicans are now just five seats short of the vast majority they need to override the Democratic governor’s veto.

Now, with less than 100 days to go until the election, the question for North Carolina Democrats is whether outrage over declining abortion access in one of the few remaining safe havens in the South can generate enough political momentum for the party stands firm.

National organizations are already funneling money into the state’s closest races. Hours before the 20-week ban was set to resume, Planned Parenthood, the nation’s leading reproductive health care provider and an abortion-rights advocacy organization, announced that North Carolina would be one of the target states where it will spend a record of $50 million before the midterm elections.

Democratic candidates have cast the 20-week limit as the first of many restrictions to come if Republican state lawmakers win veto-proof margins.

“If they are successful in their efforts, they will not stop here,” said Democratic state Rep. Julie von Haefen of Apex, a fast-growing suburb of Raleigh, who unseated her Republican opponent in a close race in 2018. everyone The state needs to know that the real goal of the politicians behind this ban on abortion later in pregnancy is to ban abortion altogether.”

Duke University public policy professor Mac McCorkle, a former adviser to Democratic governments. Mike Easley and Beverly Perdue said voters were already motivated by the June 24 Supreme Court ruling that gave states the right to determine abortion access. Then the local ban, which state Republican leaders had encouraged the judge to reinstate, removed for many voters the illusion of protection in North Carolina.

And there’s certainly evidence that’s the case for at least some female voters, like 19-year-old North Carolina State University sophomore Emma Morgan, who recently returned to Raleigh to study from her family home in Maryland.

“I literally just moved here from Maryland, and they’re like, bam, you don’t have these rights anymore,” Morgan said. “It pulled the rug out from under us and made me and other out-of-state students ask, should we transfer before it gets worse?”

About 30,000 North Carolinians have registered to vote since the Supreme Court’s abortion ruling, with women slightly outnumbering men, according to data from the state Board of Elections. Democratic strategists hope that college-educated suburban women will be a key demographic in deciding the makeup of the North Carolina legislature in November and that abortion will be an important issue for them.

In Holly Springs, another Raleigh suburb, Democratic state Sen. Sydney Batch is working to defend her seat in what is shaping up to be one of the state’s closest races, one in which abortion could tip the balance.

Holly Springs resident Gaile Valcho, a 58-year-old mother and autism outreach coordinator who plans to vote for Batch, said she knows several local mothers who faced complications with their pregnancies and feels personally connected to this issue.

“Politics aside, I think this was a wake-up call for women who, of course, know their bodies better than any legislator,” Valcho said.

Abortion access is also expected to play a key role in the state’s close US Senate race between Democrat Cheri Beasley and Republican US Rep. Ted Budd, who has the former president’s endorsement. donald trump North Carolina is one of the few states where Democrats have a great chance of flipping a House seat 50-50, making Beasley’s campaign a vital component of the party’s plan to codify abortion rights in federal law.

Republicans, for their part, say abortion access won’t be as crucial an issue as Democrats hope. And they do not hesitate to propose even stricter anti-abortion measures.

North Carolina House Speaker Tim Moore said he would support legislation banning abortions once an ultrasound first detects fetal heart activity, usually about six weeks after fertilization and before that many patients know they are pregnant.

Senate Leader Phil Berger has not gone that far: He would prefer to restrict abortions after roughly the first three months of pregnancy. But he also says he’s not worried that the abortion rulings could hurt Republicans’ chance of winning a supermajority. North Carolina voters are more concerned about the Democrats’ economic policies, he says.

Though her seat likely isn’t in jeopardy, state Sen. Natalie Murdock of Durham is part of an organized effort to help other Democrats hold onto their seats in tight legislative races. Her strategy, she said, is to amplify the Republicans’ own ideas for more “extreme” restrictions.

“Our message to voters is that we need that balance in government because we have very thin barriers that keep us from going back to being a super minority,” Murdock said. “The Democratic strategy is going to show that the majority leaders are not moderates. they are extreme. And the 20-week ban will be just the beginning.”

Hannah Schoenbaum is a staff member for the Associated Press/Report for America Statehouse News Initiative. Report for America is a nonprofit national service program that places journalists in local newsrooms to report on undercover issues. Follow her on Twitter at twitter.com/H—Schoenbaum.

dear Amy: A few years ago, I started a rock band with some very talented musicians.We play for fun (not for money) and have...
Read more
Load more

Compared to oil and gas, offshore wind power is 125 times better for taxpayers

Offshore wind power is not only better for the planet compared to oil and gas, it's also better for taxpayers....
Read more

The labor movement has moved to TikTok

What is Blockchain: Everything you need to know (2022)

If you want to pay online, you must register an account and provide credit card information. If you don't have a credit card,...
Read more