Chinese propose to build a dam with a distributed 3D printer 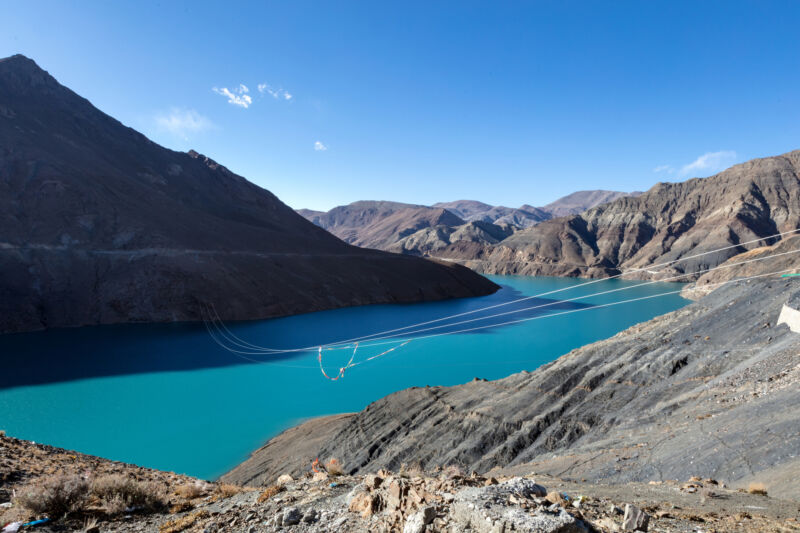 A recently published study by a team of researchers from Beijing’s Tsinghua University revealed plans to build a 594-foot-high dam using robots, 3D printing and artificial intelligence. The researchers say that there is no need to employ human labor directly in the construction of this massive structure: if the plan goes forward, the dam would produce 5 billion kWh of electricity per year. This amount of power will be enough to meet the power demand of 50 million households in China.

The Yangqu Dam sits on China’s second largest river, the Yellow River, where it flows through Qinghai province on the Tibetan Plateau. there are already a prey over the river, so the proposal involves expanding the existing structure and increasing its power generation capacity, making it one of the largest dams in the world. If all goes according to plan, the Yangqua Dam will become the largest 3D printed structure ever made by AI on the planet.

3D printing without a printer

Building-scale 3D printing technology involves the use of giant 3D printers to produce layers of concrete that make up the structure. Instead, researchers at Tsinghua University have developed a method that allows them to 3D print concrete. no printer. They plan to use an additive manufacturing approach that employs a computerized programming system that takes 3D structure into account. It will use AI-controlled robots instead of a large 3D printer to build the Yangqu Dam upgrade.

According to the study, the scheduling system uses the dam’s design model to determine the amount of material needed to build a particular section of the dam. Construction robots assigned to that section then collect the fill material and dump it at the target location. Finally, they perform “intelligent paving and lamination” to turn the material into a 3D-printed layer. Repeating this process creates multiple layers that ultimately complete the section.

Explaining the process in detail, the study’s lead author and faculty from Tsinghua University’s School of Civil Engineering, LIU Tianyun, wrote, “Once each build layer is finished, the robots send build status information to the scheduling system. Then the entire filling process is printed step by step under the control of the 3D printing scheduling system” . During construction, each robot works as a labor force and as input to the programming system; Collectively, the robots work like a large 3D printer.

This unique approach could save time and resources, allowing multiple sections of the Yangqu Dam to be built at once and without a bulky 3D printer that can require ongoing work. human assistance. The robot-made Yangqu Dam is scheduled to be operational in 2024, less than two years from now. You can contrast that with two of the other largest man-made dams, the Oroville Dam in the US and the Three Gorges Dam in China, which took seven and nine years to complete, respectively.

Great idea, will it happen?

The Yangqu Dam is not the first impressive additive manufacturing idea proposed by Tsinghua University researchers. In 2021, another team of scientists led the development of a 3D-printed retractable bridge in Shanghai. This nine meter long bridge is controlled via Bluetooth and can be fully expanded in less than 60 seconds. The team also 3D printed a library building and an 86-foot-long concrete bridge in the past. Given these past successes, there is a chance that the government will go ahead with this group’s latest idea.

However, when 3D printing is combined with AI and robots (as planned for the Yangqu Dam project), it can also pose problems. Building a massive structure similar to the Yangqu Dam typically requires hundreds of human workers and many other types of low-skilled workers; the widespread adoption of AI-powered robots could put an end to these jobs.

Skilled Worker Account for about 30 percent of China’s total workforce, so automation practices could threaten the livelihood of a large population in the country. Safety is also incredibly important for dams of this size and we have no experience evaluating the outcome of this type of process.

3D printing has several advantages over traditional construction methods; for example, a small house that may take months to complete may be built in 24 hours and with a much lower budget using 3D printing. NASA even has plans employ 3D printing to build human-friendly structures on the moon. The approach proposed in this paper has the potential to provide more options for future construction by ditching the printer altogether.

Rupendra Brahambhatt is an experienced journalist and filmmaker. She covers science and culture news, and fFor the last five years, he has worked with news agencies, magazines and media brands operating in different parts of the world.

Share
Facebook
Twitter
Pinterest
WhatsApp
Previous articleIs Sahelanthropus the earliest evidence of humans walking on two feet? | Sciences
Next articleWhat is mucus made of? A look at the evolution of slime.
RELATED ARTICLES
SCIENCE

You can call Black Rifle Coffee Co. a socially conscious company. “This is a veterans corporation”, founder and CEO Evan Haffer,...
Read more

House of the Dragon director and co-showrunner leaves the series

House of the Dragon director and co-showrunner Miguel Sapochnik has left the series.Sapochnik has reportedly struck a deal with HBO to develop new projects...
Read more