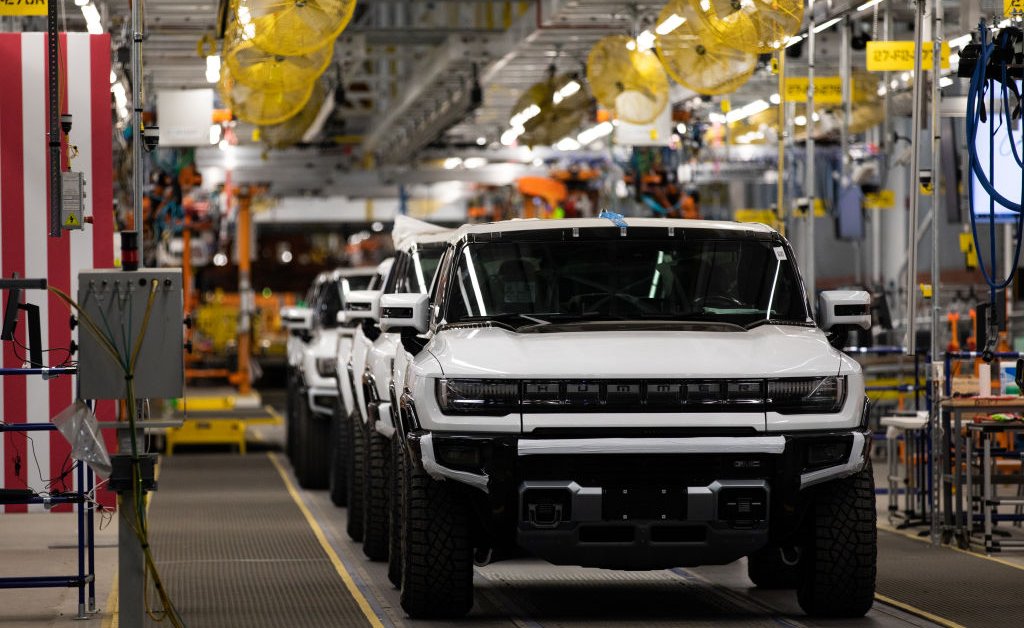 AAutomakers like GM and Ford were buzzing about electric vehicles (EVs) at the Detroit Auto Show in January 2018, with plans to spend billions of dollars building zero-emission cars. Fiat Chrysler, on the other hand, signaled that they would be left out of the transition. “I don’t know of a [business] that’s making money selling electric vehicles unless you’re selling them at the very, very high end of the spectrum,” Sergio Marchionne, the company’s then CEO, told the attendees at a press conference, according to The Detroit News. Rather than pour money into a quick electric transition, he said, Fiat Chrysler would remain “technology neutral.”

Marchionne died later that year, and the company, now renamed Stellantis, eventually turned to electric vehicles, rolling out new promises of electrification and concept vehicles. But with California’s decision this week to quickly phase out sales of new gasoline cars for years to come and ban them by 2035, the company’s prior delay may have cost them, especially when it comes to meeting near-term goals of sell at least 35% zero emission vehicles in the state by 2026.

California is the largest auto market in the US, and more than a dozen other states tend to set their own emissions rules outside of the California standard. and despite recent flashy ads, Stellantis has few electric offerings compared to its rivals. “It’s somewhat questionable whether they can meet these goals, especially in the short term,” says Jessica Caldwell, Edmund’s chief information officer. “They don’t have much time.”

Read more: We saw two decades of Super Bowl ads. This is what they say about climate change.

That harsh reality for companies like Stellantis is part of what makes California’s new rules so transformative. The world urgently needs to phase out fossil fuels and reduce greenhouse gas emissions to avoid catastrophic climate change. Gasoline cars and trucks are a big part of the problem, accounting for 17% of US greenhouse gas emissions—not to mention the release of other forms of air pollution that contribute to thousands of deaths. By 2050, 90% of cars on American roads must be electric for the nation to meet its emissions promises, according to a 2020 study of researchers at the University of Toronto.

American politicians have tried for years to force auto companies to make the change that science demands. In the early 1990s, California attempted to get automakers to develop and sell zero-emission vehicles, a mandate that resulted in the launch of the country’s first mass-market electric car, GM’s EV-1. but the effort collapsed under sustained pushback from the auto industry and the George W. Bush administration.

In the years since then, the government has mostly relied on more moderate efforts to move the auto industry forward, such as consumer tax rebates for zero-emission vehicles. The result was that the industry was able to continue to make money on 100-year-old internal combustion engine technology, while inching toward a transition away from fossil fuels. Manufacturers only got serious about EVs when it became clear that electric new entrants like Tesla were going to take control of the market if they didn’t get their act together.

Those economic realities, and perhaps a modicum of climate responsibility, may have been what ultimately prompted companies like GM and Ford to make big plays for the electric vehicle market in recent years. But for gamers who felt it was in their best interest to keep pumping gas-guzzling cars and trucks, there was little to keep them from fossil fuel vehicles. The world needed a transition to electric vehicles, but the US would get it done at whatever rate the auto industry wanted.

Read more: The engineer who made electric vehicles palatable for trucks

Some say that may still be the case. California’s requirements, which will likely go through a required federal approval, generally fit within the electrification timelines of companies like GM, which previously pledged to sell only electric vehicles by 2035. Some environmental advocates say the deadline is not it’s soon enough. “We need to switch to electric vehicles much sooner or see our climate stability fade,” says Scott Hochberg, an attorney with the nonprofit Center for Biological Diversity.

But despite that perceived lack of ambition, California’s new mandate at least puts elected officials in a position to dictate the speed of that electric transition to industry, not the other way around. The state’s gasoline vehicle ban adds a stick to the new economic carrots for electric vehicles passed in the Biden Administration’s recent climate bill; in this case, a fine of up to $20,000 for each car sold in violation of the state’s electrification goals. That means not only rewards for companies that took the climate crisis seriously enough to invest early in electric vehicles, but also real repercussions for players like Stellantis that ignored the urgent need to take action against emissions to squeeze a few more dollars out of their gasoline cars and trucks. . And at this stage in the game, with humanity’s chances of keeping the planet’s temperature rise below 1.5°C fading, those consequences are long overdue.

Are the Kinks hereditary? What science says about the genetics of desire

Here's the kicker. Cannon says, "Plaintiff has claimed an injury because of the threat of future prosecution and the severe, often indelible, stigma...
Read more