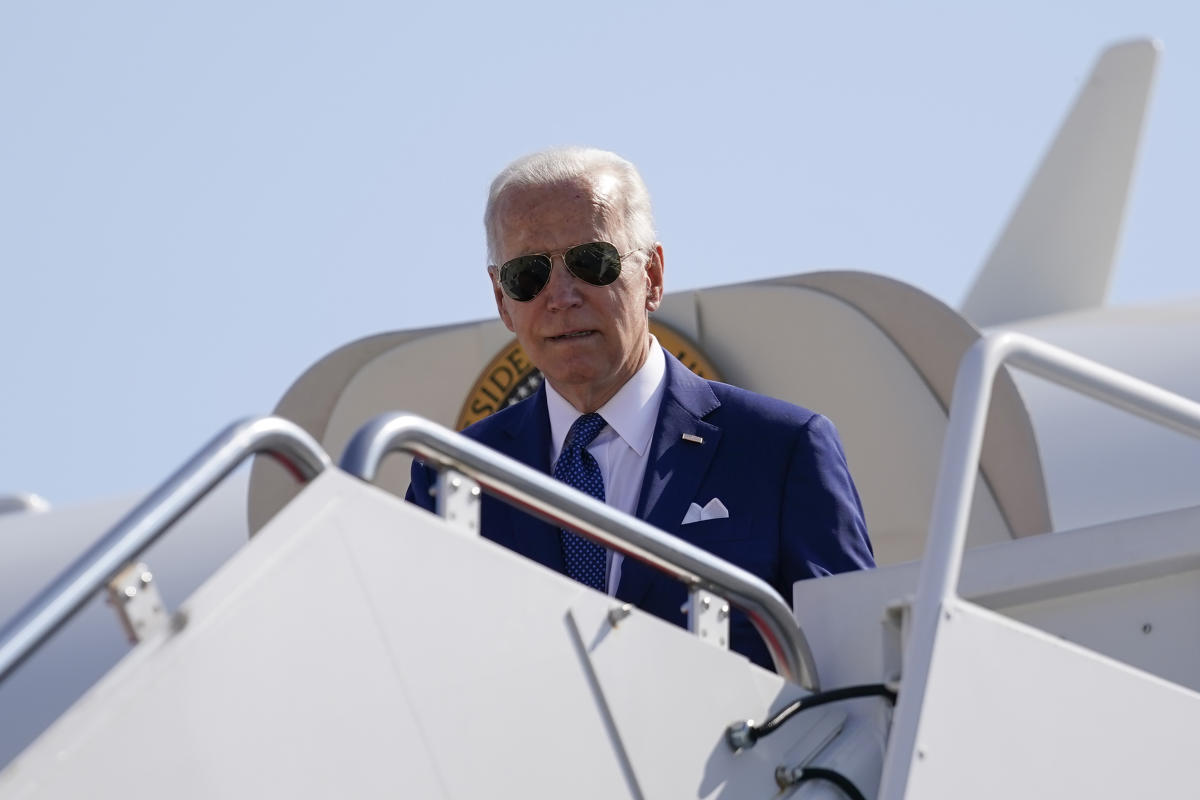 WASHINGTON (AP) — President Joe Biden is set to discuss his crime prevention plans during a visit to Pennsylvania, where Democrats and Republicans are seeking ways to gain influence on the issue ahead of November’s midterm elections.

The White House said Biden will use his Tuesday visit to criticize Republicans for opposing his proposal to reinstate the assault weapons ban.

Both sides worked together in a rare effort to pass bipartisan gun safety legislation Earlier this year, after the massacres in Buffalo, New York, and Uvalde, Texas, Biden has repeatedly said more must be done.

As a US senator, Biden played a leading role in temporarily banning assault weapons, including firearms similar to the AR-15, whose popularity has skyrocketed in recent years, and he wants to reinstate the law. .

“The majority of Americans support this … the NRA opposes it,” White House press secretary Karine Jean-Pierre said Monday. “So we will hear from the president about the importance of making sure we protect our communities.” “.

Biden’s speech at Wilkes University in Wilkes-Barre comes as Democrats try to blunt Republican efforts to use crime concerns to their advantage in the midterm elections.

It’s a particularly tense issue in Pennsylvania, a battleground state where a seat in the US Senate and the office of governor are up for grabs.

Republican gubernatorial candidate Doug Mastriano accuses Democrat Josh Shapiro of being soft on crime as the state’s two-time attorney general, saying at a recent event that crime has risen under his opponent’s watch and that Shapiro “was kept on the sidelines” as homicides. go up through Pennsylvania.

Homicides have increased in Pennsylvania, but overall crime appears to have decreased over the past year, according to state statistics.

As attorney general since 2017, Shapiro has toured the state discussing the need to crack down on gun trafficking and ghost guns, and to recruit more police. Last December, he said state troopers and Philadelphia police officers working together had reduced the number of shootings in areas facing drug-related gun violence.

Fetterman has backed recommendations that more geriatric and rehabilitated inmates can be released from state prisons without harming public safety. Oz and the Republicans have distorted that by claiming that Fetterman wants to release “dangerous criminals” from prisons or that he is in favor of “emptying the prisons.”

Fetterman does not plan to be in Wilkes-Barre with Biden, but is expected to march in Pittsburgh’s Labor Day parade when the president visits on Monday. Biden will also be in Pennsylvania on Thursday for a prime-time speech that the White House says will address “the continuing battle for the soul of the nation” and the defense of democracy.

It’s not clear if crime will end up as a central issue in November.

Only 11% of American adults named crime or violence as one of the top five issues they consider most important for the government to work on in the coming year, according to an AP-NORC survey conducted in June. That hasn’t changed since December, and it’s well below the percentage that mentions many of the other top issues for Americans.

Biden has tried to balance his approach to crime by acknowledging voters’ fears and praising law enforcement, but also urging more responsibility for officers.

He has rejected the activist slogan “defund the police,” which Republicans have used as a cudgel against Democrats in general, by calling for more money for the police.

Jean-Pierre said Monday that Biden will speak at Wilkes-Barre about the “simple basic notion that when it comes to public safety in this nation, the answer is not to defund the police, but to fund them.”

Biden also plans to speak about the January 6 attack on the US Capitol and the role police played in defending Congress. He previously focused on that topic. in a virtual address to the National Organization of Black Law Enforcement Executives on July 25.

“The police were a hero that day,” he said. “Donald Trump lacked the courage to act. The brave women and men in blue across this nation should never forget that. You cannot be in favor of the insurrection and the police”.

Biden’s trip to Wilkes-Barre was originally scheduled for July 21, but canceled it when the president contracted COVID-19 and went into isolation while contagious.

Biden has laid out a $37 billion plan to tackle crime and increase law enforcement resources. He wants Congress to spend $13 billion to help communities hire and train 100,000 police officers over five years. Another $3 billion would go toward clearing court backlogs and resolving murder and gun-related cases, and an additional $5 billion would go toward support programs that could help stop violence before it happens.

Doug Mastriano, the far-right Republican candidate for governor of Pennsylvania, said in 2019 that women should be charged with murder if they violated a...
Read more

Why do we call celebrities “stars”? to the investigation

It makes perfect sense to refer to certain types of celebrities as "stars." At their peak, those people inspire the rest of us....
Read more