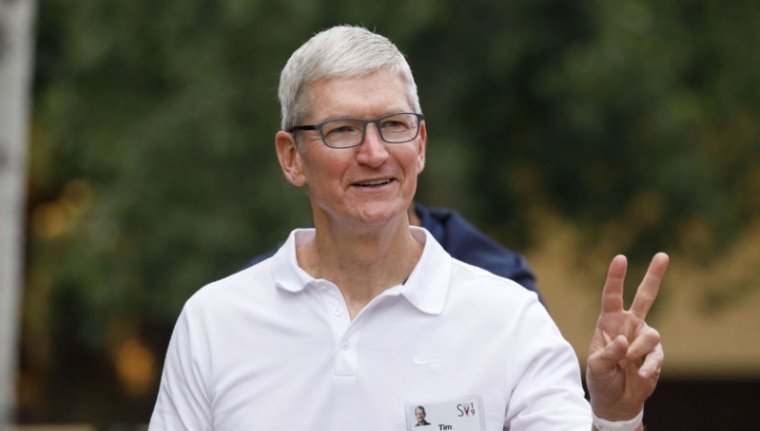 Apple announced its fourth-quarter earnings today after the bell, and it was a bit of an odd quarter because, unlike some previous years (including last year), this quarter’s numbers didn’t include an iPhone launch. The various iPhone 12 models ship in October and November instead of September this year.

CEO Tim Cook proudly announced double-digit year-over-year growth in every product category besides the iPhone on the call, but the iPhone matters: Apple’s total revenue was up just 1 percent year over year, and revenue of the iPhone fell almost 21 percent.

While the iPhone didn’t help boost results, Apple did release other products during the period, including the redesigned iPad Air and two Apple Watches: the Apple Watch Series 6 and the Apple Watch SE. iPad revenue was up substantially 46% year over year ($6.8 billion) and Mac revenue was also strong at $9 billion, or 28% more than the same quarter last year.

Apple’s growing emphasis on services is a hackneyed story at this point, but it continued in Cook’s comments to investors on the earnings call. Services were up 16.3 percent year over year, totaling $14.55 billion, more revenue than any other product category besides the iPhone ($26.44 billion this quarter down).

Cook specifically mentioned that Apple TV+ had a good quarter. It seemed to outsiders that the streaming service had a slow launch around this time last year, especially in contrast to the massive success of Disney+, which went live around the same time. But Cook spoke of Apple TV + in a positive tone and named the series ted lasso as a remarkable success. The sports comedy starring Jason Sudeikis has been praised for its positive and uplifting vibe, and could be Apple TV+’s biggest hit yet, though Apple hasn’t released as many Apple TV+ viewership numbers as many would like.

Apple has also once again declined to provide guidance for the coming quarter, a practice it and some other companies have followed during the pandemic, given the global uncertainties involved. Some analysts had thought that Apple might give guidance again this quarter, but with COVID cases on a sharp rise in some regions (including the United States), it seems that wasn’t in the cards just yet.

That means analysts, investors, and other observers have no idea how well Apple expects the iPhone 12 and 12 Pro to sell. Currently, two of this season’s four new iPhone models are already shipping, so we will see those numbers in the next quarter, which is usually Apple’s best, precisely due to the sales of new iPhones.

Apple shares fell about 5 percent in value in after-hours trading as some investors were disappointed that rising iPad and Mac sales weren’t enough to offset a short-term decline in the iPhone. That said, Apple’s reported earnings were very close to what analysts expected this quarter.

Can Biden rebuild the EPA better?

"I don't want my state to go under while you watch out," Whitehouse responded. "So forgive me for being...
Read more

Freewrite typewriter gets a smaller design with a drastic price reduction

If you've been intrigued...
Read more