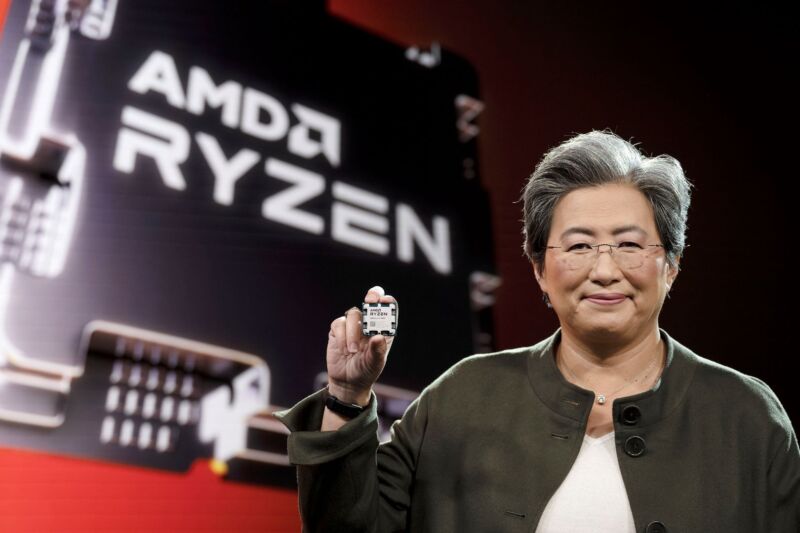 Nearly two years after launching its first Ryzen 5000 desktop processors, AMD is finally ready to follow suit. Today, the company announced pricing and availability for the first wave of Ryzen 7000 CPUs based on the Zen 4 architecture, along with more details. about the accompanying AM5 platform and the performance gains early adopters can expect.

The first four Ryzen 7000 CPUs will be available on September 27, and AMD is using the same strategy it used to launch the 5000 series (if you’re wondering about the omitted number, the 6000 series CPUs are only available for laptops). It will start with four high-end parts and higher price, while next year the low-end CPUs for standard and budget versions will follow.

AMD says “optimizations” made over the course of Zen 4’s development have increased its instruction-per-clock (IPC) increase over Zen 3 to an average of 13 percent, versus the 8 to 10 percent increase that the company promised earlier this year. . The maximum clock speed of the 7950X has already increased to 5.7 GHz, 800 MHz faster than the boost clock of the Ryzen 5950X. In total, this should make the 7950X an average of 29 percent faster than the 5950X on tasks that benefit from single-threaded performance, including gaming.

During its launch event and during a subsequent media and analyst Q&A session, AMD was hesitant to delve too deeply into Zen 4’s architecture and steered clear of projections about when we might expect other Zen 4 chips to launch. But you shouldn’t expect 3D V-Cache versions of Zen 4 either Low-end, lower-cost Zen 4 CPU until sometime in 2023.

Gains in performance and energy efficiency

We’ll learn more about Zen 4’s architectural changes between now and the CPUs’ release, but the company did share some details about where the performance and power efficiency improvements came from.

AMD CTO Mark Papermaster says that Zen 4 is a revision of the Zen 3 architecture that focuses primarily on the “front end” of the architecture to more efficiently fetch and pass tasks to the improved execution engine that was Zen 3’s approach. (Papermaster also says Zen 5 will be a more substantial “ground-up” redesign, but we don’t expect to hear many details before 2023 or 2024.) Most of Zen 4’s 13 percent IPC increase comes from these optimizations, while branch prediction, a doubled L2 cache, load/storage improvements, and other minor runtime tweaks account for the rest.

Specific tasks such as machine learning and AI workloads can also benefit from the introduction of AVX-512 extensions. This puts Intel in a strange place: the company defined these extensions almost a decade ago and was the only one that pushed them for years. But it has disabled AVX-512 support on their 12th generation CPUs because the efficiency cores of the processors don’t support it. These extensions have been somewhat controversial because using them can be very power-hungry and because the workloads that benefit from them are specialized and relatively rare (Linux creator Linus Torvalds has said that expect “AVX-512 to die a painful death”). But it’s kind of funny that AMD’s latest CPUs now support them, while Intel, the company that invented them and lobbied to popularize them, sells CPUs that can’t.

Even with the added AVX-512 support, AMD says that a Zen 4 core and its accompanying L2 cache takes up 50 percent less area than one of Intel’s current generation P cores (although this is due, to the least in part because it’s comparing TSMC’s 5nm fabrication process to the older Intel 7 process, and in part because a Golden Cove core has 1.25 MB of L2 cache while a Zen 4 core has a flat 1 MB). AMD also says that a Zen 4 core is “up to 47 percent more power efficient” than a Golden Cove core.

This kind of efficiency improvement is important, because CPUs that ship in pre-built OEM systems often use these lower TDP levels instead of the boosted TDP levels that are possible with custom systems and more complete motherboards. Higher efficiency is also helpful for mini-ITX systems where you may not have the cooling capacity to allow the CPU to draw tons of power and generate tons of heat.

IBM will split into two companies at the end of 2021